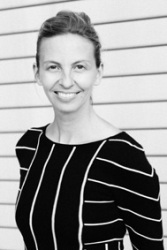 Born 1976 in Vienna. At the age of 6, she received her first camera. At 12, she was reported in the schoolbook for “misbehaviour” after taking photographs during lessons. 2 years later she wanted to go the school of Graphic Design to make an occupation from her passion.  Her parents didn’t think it was a good idea. She finished secondary school, tried out the university of Business Studies, graduated from the Advertising Academy, managed a Film catering team for 5 years and traveled through South America and Asia. After about 10 years of wandering, she was fell seriously ill and was finally forced to listen to her body.  This brought her back on track. Between 2002-2005 Petra completed training for Artistic Photography at FotoK in Vienna, won the 2003 First Prize for the Wiener Zeitung’s Photography Competition and regained her health! During her training, she worked as a freelance assistant with numerous photographers as well as Photo Editors in various Magazines. Since 2006, Petra works, alongside her artistic projects, as a freelance photographer in the areas of Reportage, Portrait and Fashion. Publications in magazines include:  Diva, Wiener Zeitung, Peng!, Wiener, Wienerin,  Biber and Bio-Magazin.

In her independent work, Petra Rautenstrauch is in search of “the Special”, of deciphering the familiar in the unknown and the unknown in the familiar.  In her work, she allows two approaches to be recognized:  One is the joy of production, which she experiences in richly detailed visual landscapes within nature.  The other is the muse for seeking out traces of apparently banal artifacts and conditions in order to give them a new lease of life through her unique perspective.

Stories simultaneously surround Rautenstrauch’s work and touch upon topics such as identity, relationships, sexuality, family and the home- both as a place and as a condition.  In her work, the artist always leaves room for playful experiments. For here, at these neuralgic points of coincidence she recognizes the potential for self-reflection and departure from projection.

Petra Rautenstrauch is a photographer and multi-media artist currently living in Vienna.