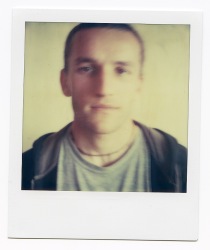 Born in Novorosiysk, Russia. In 2009 graduated from the Art department of University n.a. Sholohov in Anapa. Had two solo-shows in Novorossiysk in 2009-2010. The winner of the Photovisa in the nomination Exhibition Project in 2010, solo-show in Krasnodar. Participant of the International Portfolio Review in Moscow in 2011. 2012-group exhibition on the Fotomixfight Limited edition in Moscow. In 2012 exhibition in Krasnodar in the Museum of Arts n.a. Kovalenko, Photovisa festival. March 2013 - INTERNATIONAL DISCOVERIES IV, FotoFest. Houston, USA. September 2013 - Alien Center, Houston USA. At Summer 2013 was group exhibition in Baltic Biennale of Photography. He lives and works in Novorossiysk.