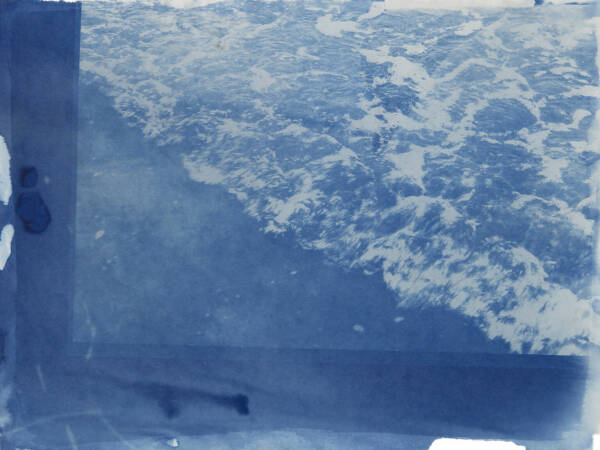 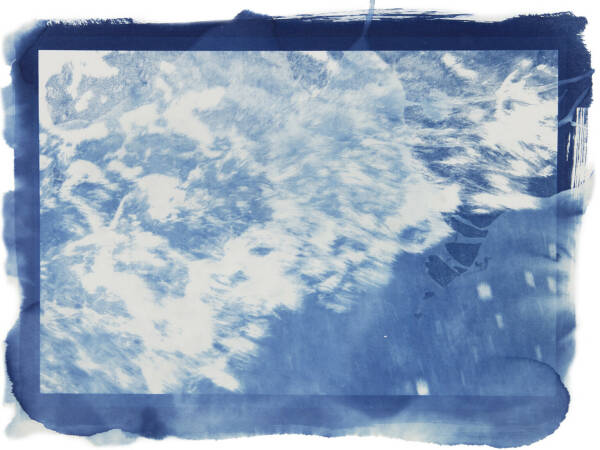 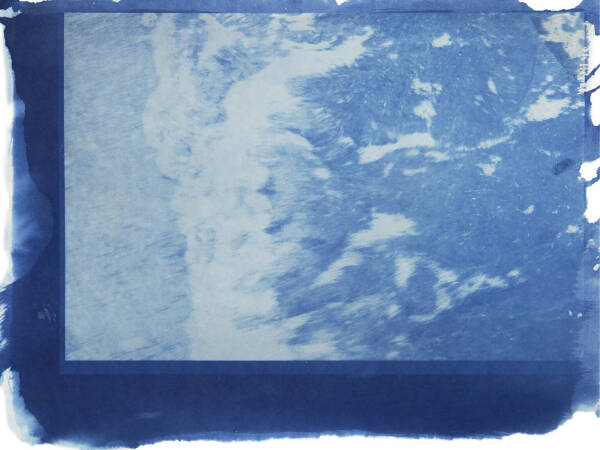 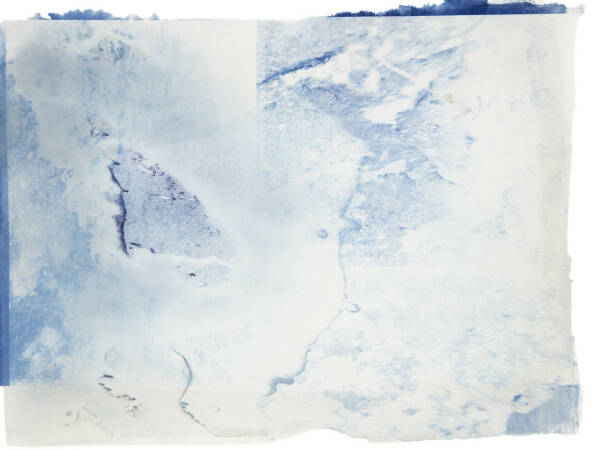 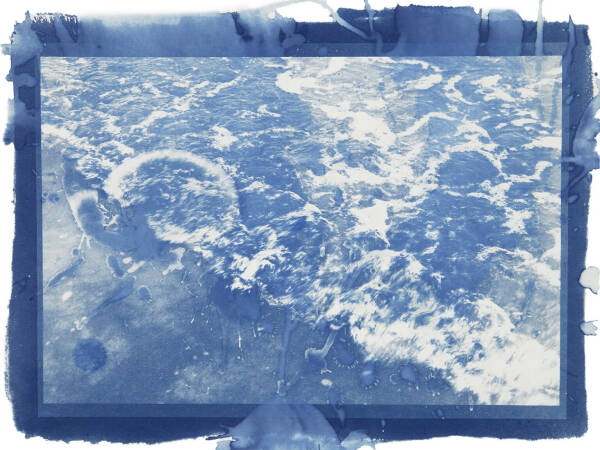 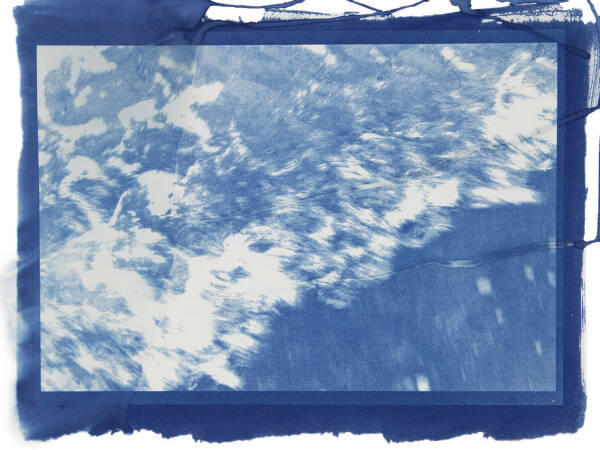 With her sea prints Eva-Maria Raab creates prints that are both pictures and depictions at the same time. In 2017 she applied the cyanotype-technique to create prints using the nocturnal movements of the Upper Adriatic Sea. These images were then merged with photographs of the same waves that had produced the initial image. To achieve this, she first let the seawater splash onto light and liquid sensitive paper to produce permanent traces of the waves beneath her. For the second stage in the process, she exposed the same paper to the sun having added a photographic negative of the water itself. Raab’s sea prints capture an intangible fleeting moment in time - converting nature into visual poetry.